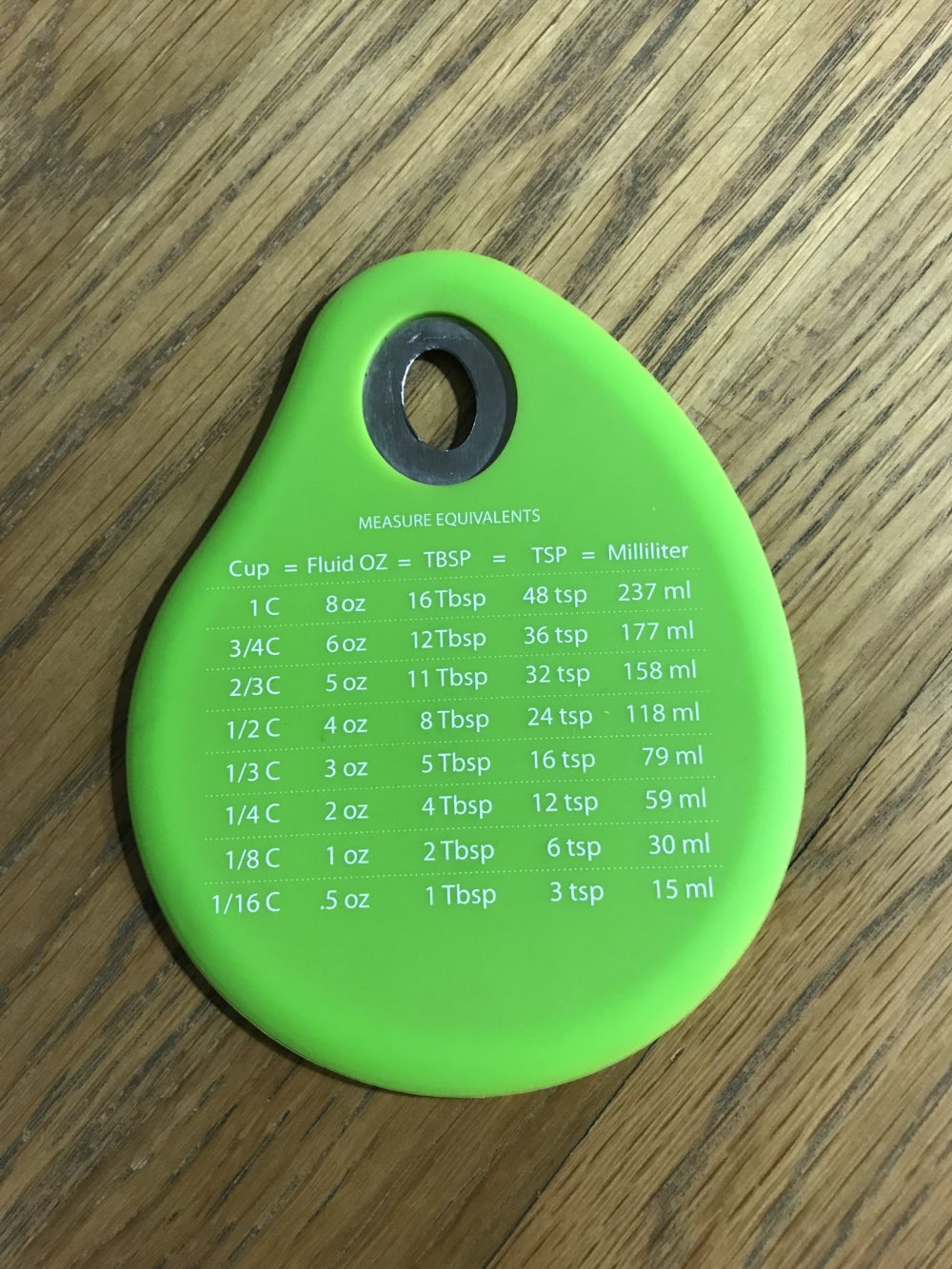 If you’re like me and love mucking around with recipes, you’re probably online all the time working trying to work out the conversions. To make it easy, I’ve put them all here in one place! A couple of years ago, my mother gave me the amazing green rubber scraper featured in the picture. It’s got a really handy conversion guide for fast calculations, however when I’m messing around with recipes, sometimes I need something more in depth.

Some people prefer to weigh ingredients when cooking – I do as I think it’s more accurate – but I also like to scoop ingredients with a cup and sometimes just use my eye as judgement. Whatever works for you, roll with it.

Where conversions don’t match exactly, imperial figures have been rounded up or down.

Even when measured in a standard 250ml (8fl oz) cup, different ingredients weigh different amounts. Here’s some of the most common.

These are the standard amounts I run with. Sometimes these vary from country to country so my recipes are based on these figures.

I basically cook everything on fan bake at 200 degrees celsius. If you don’t use fan bake, you may need to increase the temperature by 10°C and the cook time by 10-15 percent. Cooking times are a guide only and can vary according to the make and age of your oven.

What is the Keto Diet?