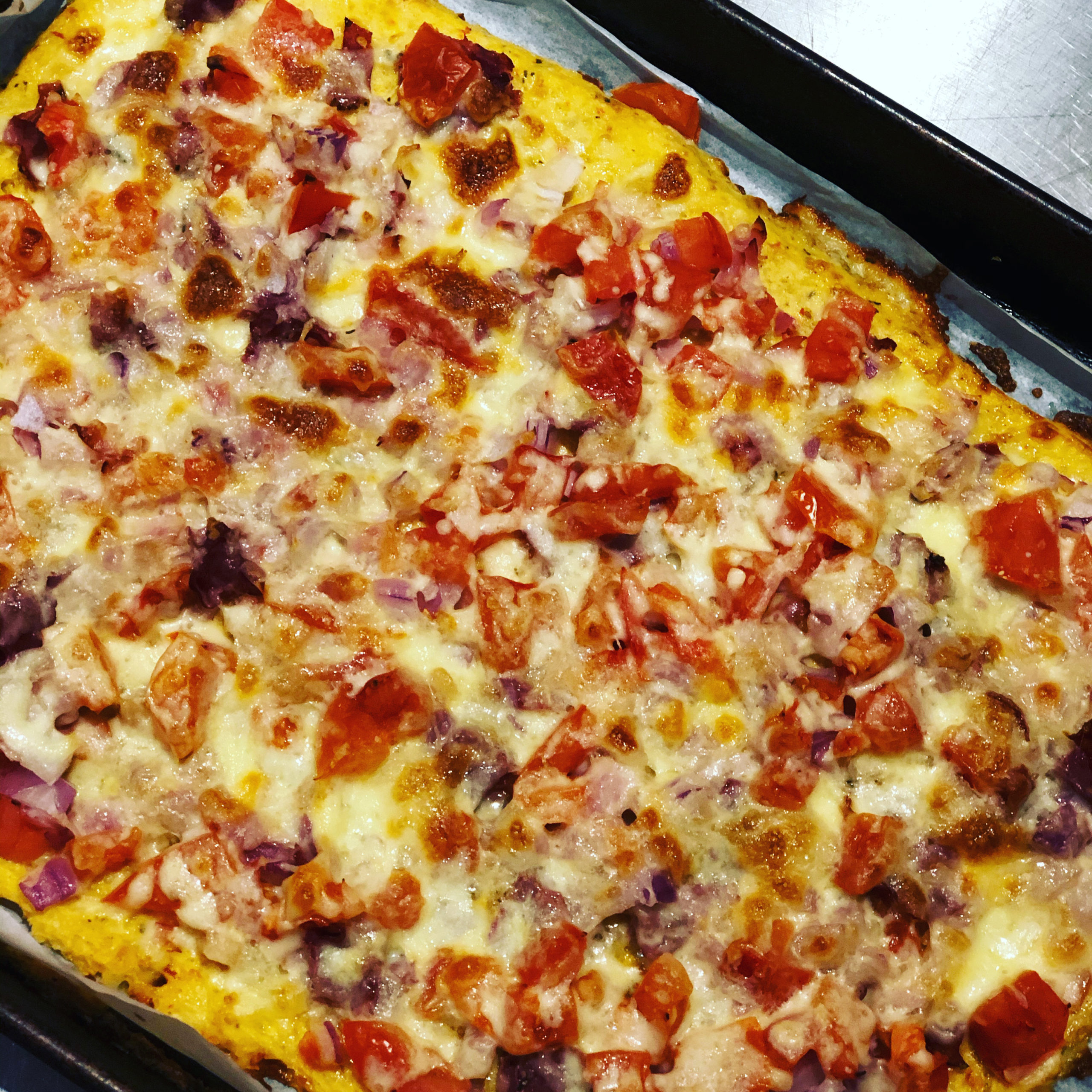 Love pizza but hate the way it makes you feel? Well now it’s time to upgrade to THE BEST cauliflower pizza base recipe. The great thing is that this recipe is super easy and made in just a few minutes. PLUS this recipe can be used to make cauliflower hash browns, cauliflower tater tots and cauliflower waffles, so it’s super versatile and it freezes well.

How to make a low carb cauliflower pizza base

To be honest, I’m really lazy so I prefer to buy bags of cauliflower rice and use that. This also means that the price stays relatively consistent because when cauliflower is out of season, I’ve seen it selling for $12.99.  NO DEAL!!

At Countdown, a supermarket here in New Zealand, they sell bags of cauliflower rice for around $3.99 and there’s a version which also comes with Periperi seasoning which I really enjoy.

If you’re using a bag of cauliflower rice, be aware that it’s usually quite watery.

If you’re making your own cauliflower rice, you can check out how I do it over in the demo I did for Low Carb Cauliflower Hash Browns in my private Facebook group.  It’s free for you to join the group so click the link and feel free to join!!

CLICK HERE TO JOIN MY GROUP
WATCH THE VIDEO HERE

If you’re making your own cauliflower rice, it’s important to make sure that you wring out any excess water to enable the base to stick together more easily. If you’re using a bag of the cauliflower – if it’s plain with no flavour added, you can easily use a piece of muslin or clean tea towel to wring the excess water out of the cauliflower. This will allow your base to stick together more easily. With the flavoured version, I don’t want to wring out the flavour, so just cook the base for slightly longer.

Place all ingredients into a bowl and mix until combined

Pour ingredients onto a baking tray covered with baking paper

Bake for around 20 minutes or until golden

Remove from oven and flip to cook the underside of base. THIS IS VITALLY IMPORTANT OTHERWISE YOU END UP WITH A REALLY SOGGY BASE!

Once golden, remove from oven and add toppings

Place spoonfuls of mixture (either tot sized or hash brown size) onto a baking tray covered with baking paper and cook till golden. With the hash browns, you will need to flatten the mix

Preheat a frying pan with oil: 1-2 tbsp’s for hash browns or more if you’re deep frying your tots

Cook roughly 5 mins or until golden